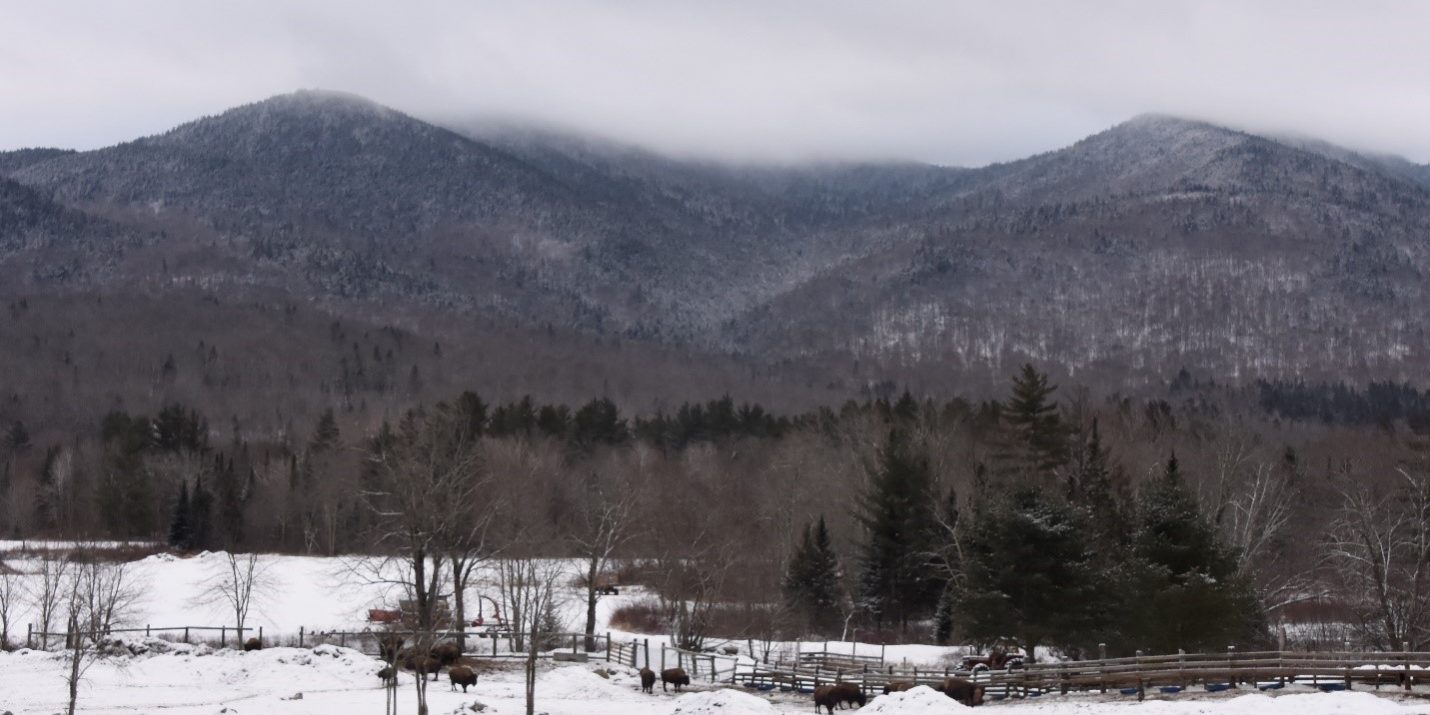 As one who paused this week to testify and to listen to the Environmental Budget hearing in the State Legislature’s Ways and Means and Finance Committees, I could not help but notice the budget winners and losers. In a year when state revenues are up and available resources seem bottomless, just staying even appears as a loss.

Climate: Some members of the State Legislature asked probing questions of state officials. Most of the day was spent in testimony related to meeting the goals, objectives and specific greenhouse gas emission reduction targets of the Climate Leadership and Community Protection Act of 2019. Now that the enormous scope of work to meet the state’s 2030 and 2040 emission reduction targets has just been drafted and released for public comment, will there be enough DEC and NYSERDA staff to implement the Act?  Good question.

Judging from the General Fund and  Environmental Protection Fund account increases this year, the climate staffing trend is up. The environmental quality, including climate, side of the DEC staffing accounts for two-thirds of the proposed increase of 94 new DEC staff positions. Water quality issues are acute in the North Country and across the state, so this increase is fully justified.

Within the annual Environmental Protection Fund, Climate Adaptation and Mitigation accounts for  a full one-quarter, or 25% of the $100 million proposed growth in the EPF. Of that $25 million increase for Climate, $2 million is spent on “climate coordinators.” Their job descriptions and this line item were not probed by state legislators, at least not during the time I was listening.

$4 million dollars are added to the EPF Climate Adaptation account across the State. That is appropriate, but how will it be invested? Interestingly, $12 million from the EPF is added to help farms become more climate resilient, which could be a very positive fund to be tapped by farmers in the Champlain and St. Lawrence valleys.

ADI/VICs: It is disappointing that the EPF lines for the Adirondack Diversity Initiative ($250,000), Paul Smiths Visitor Interpretive Center ($180,000) and Newcomb VIC ($120,000) remained flat within the Governor’s EPF budget. The ADI undertakes groundbreaking, courageous anti-racism work throughout the Adirondacks. The two VICs are making a maximum effort to expand Adirondack educational and recreational programs. All three programs asked for and deserve very modest increases that would result in significant public benefits for residents and visitors to the Adirondacks.

DEC forest, natural resource, and enforcement staff appear to be growing this year after years of remaining flat. It is good to see State Land Stewardship funds grow by $15 million within the EPF. Twelve new law enforcement staff, 12 new lands and forests staff and over 20 new fish and wildlife staff are also added under the Governor’s budget. How those new staff resources are actually allocated within DEC programs is unclear at present, and few legislators asked about that – with the exception of the DEC Forest Rangers.

Forest Rangers: State Senators Stec and Hinchey were among the legislators who asked DEC Commissioner Seggos if more Forest Rangers would be hired because of the Governor’s budget proposal. The Commissioner’s elliptical answer was to point to the upcoming Forest Ranger and Environmental Conservation Officer training academies where, the Commissioner stated, there would be up to 40 new Ranger recruits.

However, we know from experience that many, if not all Ranger recruits who persist through the training and are hired to go into the field merely replace retiring DEC Forest Rangers. This is akin to treading water. As to actual Ranger staffing increases, the Commissioner was non-committal, so that without state legislative leadership insisting on new Forest Rangers in this year’s budget the status quo will remain in place. 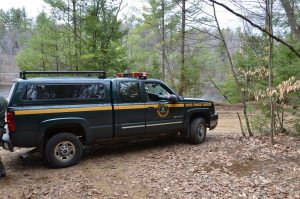 DEC Forest Rangers working on a stewardship project in the Forest Preserve. Photo by D. Gibson

The need to diversify the Forest Ranger and other DEC staff positions is also acute. Forest Rangers, as well as other DEC staff, should look like the rest of New York. Budgets and efforts to expand recruitment of DEC personnel within cities, businesses and on campuses across the state and beyond the state are insufficient.

Our New York State Rangers are front line workers, conducting patrols, search and rescue, communication with and educational messaging for the public flocking here in large numbers. Over a ten-year span, search and rescue emergencies led by Rangers have grown by more than 33%.

Public lands, including Adirondack and Catskill Forest Preserve and conservation easements on private lands have grown by 2 million acres since 1970. With the number of field rangers stuck at 1970 levels each ranger is responsible for an additional 20,000 acres on average, on top of their areas of responsibility 50 years ago.

In its budget testimony State Budget Statement, Adirondack Wild is asking for 40 new Forest Rangers in this year’s budget, knowing that in fact the total Ranger force needs to be doubled to meet the needs for care, stewardship, public education and protection within our Adirondack and Catskill Forest Preserve, State Forests and on our waterways.

Also, Governor Hochul has vetoed legislation passed last year that would place the Forest Ranger retirement plan on a par with the State Police and other police agencies. That veto does not help the recruitment and retention of DEC Forest Rangers.

APA: We acknowledge and appreciate the Governor’s proposed increase of 4 full-time positions at the Adirondack Park Agency, from 50-54 positions. The lifting of the hiring freeze and this increase will allow certain key positions to be filled.

However, we note that the proposed increase is extremely modest compared to the need at the APA in Ray Brook. A significant increase in staffing must be undertaken in coordination with a much strengthened legislative and gubernatorial mandate for the agency. The APA has been reduced from a former guardian and proactive regional planning agency for the natural resources and state lands of the Adirondack Park to a reactive, compliant permitting agency that essentially rubber stamps what state and private applicants seek. 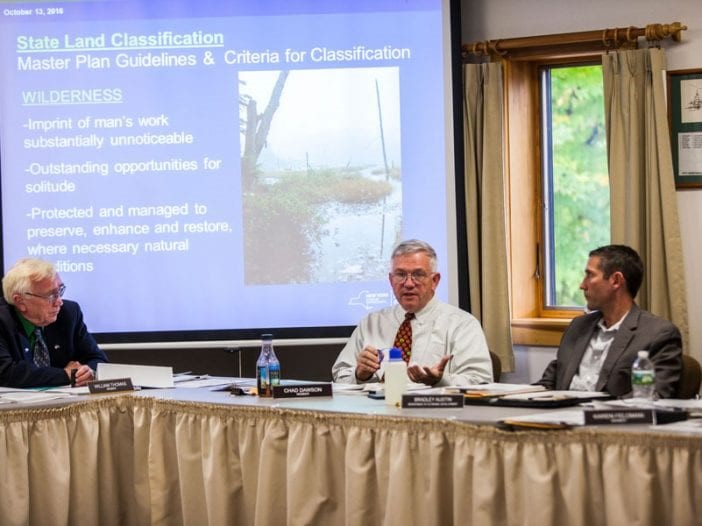 We specifically ask the State Legislature to undertake legislative hearings this year to investigate whether the APA is currently performing its legislated mission and mandate and, if not, how to correct the situation. A much stronger, better resourced and staffed APA is needed to allow the APA to become a proactive partner in implementation of the 2019 Climate Act and to undertake projects like the following:

Contact the Governor and your representatives in Albany with your budget concerns: Governor Hochul, 518-474-8390, https://www.governor.ny.gov/content/governor-contact-form; and www.nysenate.gov and www.nyassembly.gov.