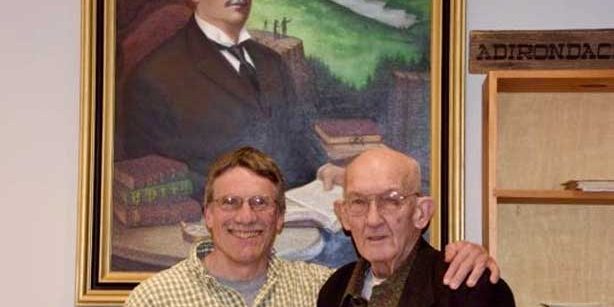 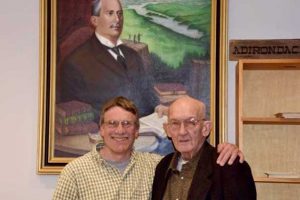 The commission’s final recommendation, #181, read: “an Adirondack Nature Conservancy to encourage gifts in the Adirondack Park should be established by private interests.”
That is all it says.

On the report’s final page, the commission expands somewhat on # 181, to this extent: “to encourage private donations of land and money, the Commission recommends the establishment of an Adirondack Nature Conservancy. The state has often been without funds when crucial tracts have come on the market…. this privately financed organization would acquire lands for later resale to the state. An Adirondack Nature Conservancy will focus private philanthropy effectively on the Adirondack Park.”

It has, indeed, done so, from its first big protection project – Santanoni Preserve in Newcomb in 1972 – to the present day.

The ANC’s website reports the facts and figures – 577,000 Adirondack acres that this chapter of TNC has protected since its founding in 1971. 185,000 acres (like Santanoni) of that has gone into the Adirondack Forest Preserve, while over 364,000 acres has remained private land under conservation easement negotiated by the chapter and its partners. 28,000 acres are protected under TNC ownership or under ownership of other land trusts in the Adirondack region.

Recommendation 181 of the Study Commission and the many steps and actions to create and sustain the chapter have proven enormously consequential and positive for the Park. One example, one of many, will suffice here. Without an Adirondack Chapter of The Nature Conservancy, Finch, Pruyn and Company’s decision to sell all its 161,000 Adirondack acres at one time would have left NYS DEC helpless to respond, lacking the ability to come up with necessary cash quickly, as TNC and partner Open Space Institute were able to do that spring of 2007.  The chapter’s talented executive director Mike Carr then worked with the state, with industry, with the affected townships and all stakeholders to move the project ahead.  Later results included over 90,000-acres of productive forestland under permanent conservation easement, as well as the Essex Chain Primitive Area and Boreas Ponds, now part of the High Peaks Wilderness.

Executive Directors of the chapter, including Tim Barnett, Mike Carr, and Peg Olsen – and their remarkable board leaders and hard-working staff join the founders for much deserved recognition on this 50th anniversary.

However, one founder who has not received much recognition is Carl J. George. He is a founding board member and now an advisor to Adirondack Wild: Friends of the Forest Preserve.  I recently asked Carl about the formation of the Adirondack Chapter of TNC.

In 1971 Professor Carl George was teaching Biological Sciences at Union College when he took note of recommendation #181 in the Temporary Study Commission report. In his spare time, Carl chaired the board of the largest Nature Conservancy chapter in our area, the Eastern New York Chapter. As he recently told me, by 1971 this “alpha chapter” of TNC already had a huge region and set of interested landowners and landscapes to cover. The chapter felt overextended in responding to land protection projects in every corner of the six-million-acre Adirondack region.

Another kind of leader of the large and influential Eastern New York chapter of TNC might have felt that “giving up” the Adirondacks to a new chapter would constitute a loss of influence, members, prestige.  Such a reaction is simply not in Carl George’s character. He thinks globally, he shares readily, and he addresses problems constructively and in common cause with others.  His Union College students around the world can attest to these and many other traits.  Also, and very fortunately for the founding of the Adirondack chapter, Carl had many contacts concerned with the Adirondacks.  Immediately after reading recommendation 181, George phoned Adirondack conservation leader Paul Schaefer. From the list Paul gave him, and from others on Carl’s extensive rolodex, there quickly followed personal calls from Carl George to 25 people who might serve on an Adirondack chapter board.

Arthur Savage, Wayne Byrne, Paul Schaefer, Winnie LaRose, Pat Noonan, Courtney Jones, Arthur Crocker and other committee leaders– they deserve all the credit for getting the Adirondack chapter of The Nature Conservancy truly up and running. Their story is told in the newly published book by Brad Edmondson, A Wild Idea (Three Hills, an imprint of Cornell University Press). The next big step for them all was the hiring of Tim Barnett as the chapter’s first Executive Director. That 1972 hiring, too, is an enormously consequential story for the Adirondacks briefly recounted in Edmondson’s new book. Tim’s accomplishments over the next 25 years merit book treatment all on their own.

But none of it might have happened, or happened, so quickly after the Temporary Study Commission reported without the Adirondack attentiveness, friends, collegiality and sense of urgency of Carl George, Union College Professor of Biological Sciences, teacher,  naturalist, author, inventor, explorer, mentor, friend, and humanist.