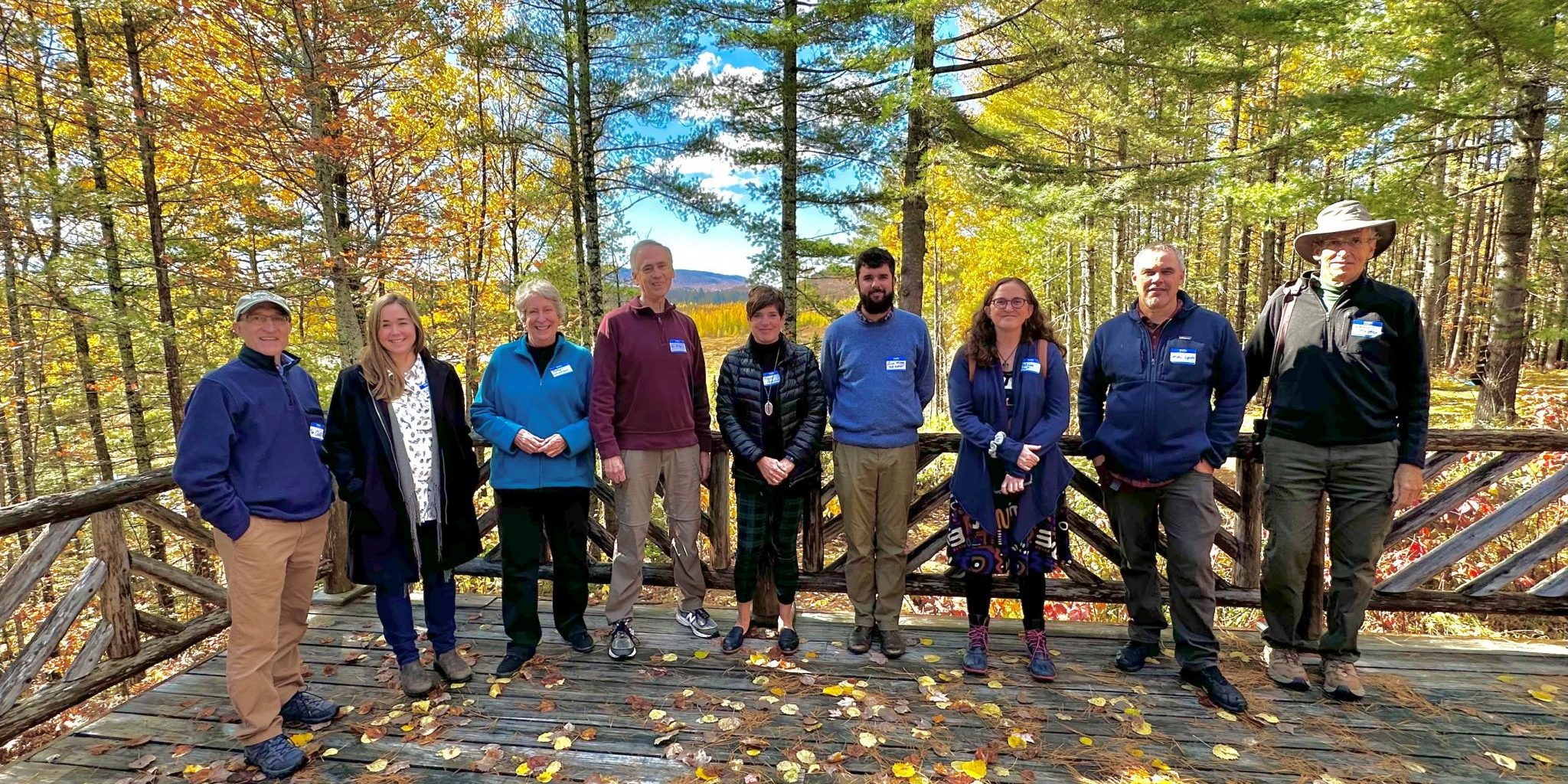 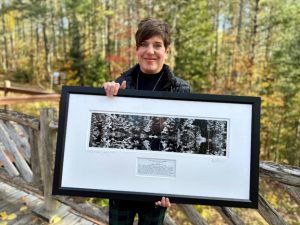 Tracy Ormsbee, Publisher of Adirondack Explorer, the nonprofit voice of the Adirondack Park headquartered in Saranac Lake, was presented with the organization’s Wild Stewardship She was honored for being a “ true steward of the Explorer, as well as a seeker and leader of reporters transmitting information, news, opinion, and constructive criticism about stewarding the Park. We are honored to recognize her and the Explorer for their focus on stewardship of the wild lands, waters, human and more than human communities of the Adirondacks,” read Adirondack Wild’s statement. In the audience to help recognize Tracy were a number of Adirondack Explorer writers, staff and board members. 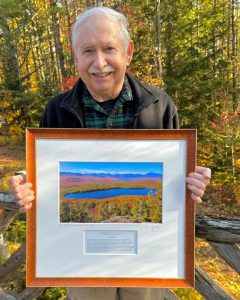 This year’s Champion of the Forest Preserve went to Lou Curth of Lake Placid. “For forty years Lou Curth was a DEC Forest Ranger, retiring as a Captain in Ray Brook. Lou personified the DEC Forest Ranger as approachable, communicative, frontline and backcountry educator of the Department. He continues to be an outspoken advocate for a more diverse Park welcoming of those historically underrepresented and excluded,” read Adirondack Wild’s recognition. “Today we celebrate Lou Curth as the consummate Champion of the Forest Preserve.”

The Paul Schaefer Wilderness Award was conveyed to Scott van Laer, director of the Paul Smith’s College Visitor Interpretive Center. The award read: “For 25 years, DEC Forest Ranger Scott van Laer has been at the right place at the right time to help the public to navigate and prepare for wilderness characteristics and conditions in all seasons. His knowledge of the High Peaks Wilderness and his emergency incident skills and endurance to help people requiring his aide have been legendary. So has Scott’s readiness to extend himself in support of the Forest Ranger’s integrity and budget within DEC, and since 2021 the Paul Smith’s College Visitor Interpretive Center where he has opened the VIC to a variety of programs, audiences, and recreational experiences that can be sustainably managed. Paul Schaefer (1908-1996), wilderness champion and friend to the Forest Preserve, Forest Rangers and Visitor Centers, would be applauding his efforts.”

Adirondack Wild: Friends of the Forest Preserve is a not for profit, membership organization devoted to the protection and stewardship of wilderness and other wild lands through advocacy and education. The organization protects wild lands from threats, holds officials accountable and proposes policy reforms. More on the web at adirondackwild.org.