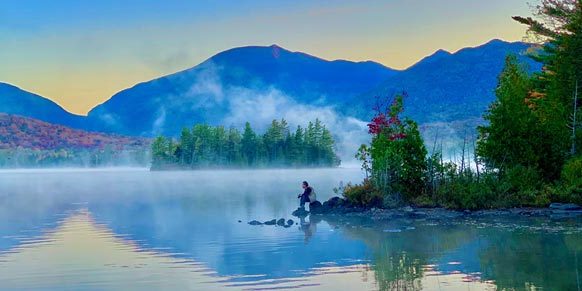 Both men are residents of Saranac Lake.

For the past 20 years, Linck and Weber steered the APA in Ray Brook toward the protection and preservation of the natural resources of the Adirondack Park’s state lands, the Forest Preserve. 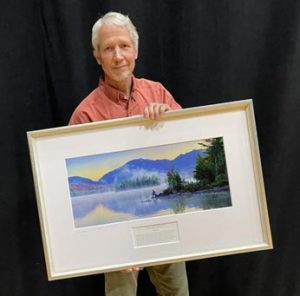 Throughout his life, Walt Linck has been immersed in the woods and waters of the Adirondack Park. For the past 20 years he has elevated the Adirondack Park State Land Master Plan as essential planning to preserve our ‘forever wild’ Forest Preserve. While serving the Adirondack Park Agency, Walt improved the agency’s application of the Master Plan to hundreds of Forest Preserve units. From his editing of the Master Plan, to his field work, to his writing dozens of detailed critiques of Unit Management Plans, Walt’s influence has been profound. Whether an action affected Wilderness or State Campground, whether the issue was overuse or damaging design, Walt’s attitude was constant: “more can be done and done better.” Despite great pressure to do otherwise, Walt placed the protection and preservation of natural resources of the State Lands first. For this, 20th century wilderness pioneer Paul Schaefer would celebrate the life and career of Walter Linck.

For two decades Rick Weber has devoted himself to the best practices at the Adirondack Park Agency. In applying the APA’s complex, intertwined public-private land use plans, Rick is more than a land use planner; he is a patient educator of planning tools and strategies. Rick recognized how the Park’s public and private lands must be viewed as one integrated landscape. His interest in Adirondack Park land use history led him to follow its threads to ultimate creation of the APA. Rick’s thoughtful search for best policy and practice makes him a modern link in an historic chain of Adirondack stewards. Though presented with daunting issues and tempting shortcuts, Rick did not compromise his integrity nor the legacy of protective concern for the Adirondack Park which he had inherited. Rick comes from a family immersed in the Adirondacks and has given much back to it. Paul Schaefer would be applauding him. 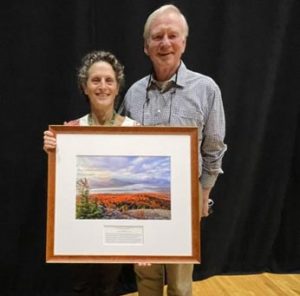 Martha Swan filled a great need for an organization questing for social justice and to view the Adirondacks as a lived and moral landscape. After founding John Brown Lives! Martha and her board took the further step of becoming the Friends group of John Brown Farm State Historic Site. Due to that partnership, new generations of Americans seek a spiritual journey to North Elba and find a renewed sense of community there. Since 1999 Martha and JBL! have shifted the cultural conversation in the Adirondack Park, standing up for human rights, social justice, and community engagement. Thanks to Martha and her team, countless people of color of all ages have come to view the Adirondacks as their Park, too, as a welcoming place to renew their understanding and passion for history and justice carried out on the ground – social, moral, environmental justice and equity. This caring for moral landscape exemplifies the highest standards of Park stewardship.

Champion of the Forest Preserve to Evelyn Greene: 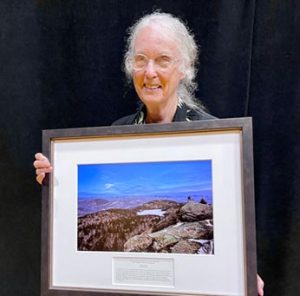 No one has done more to advocate for a motor-free Adirondack Forest Preserve than Evelyn Greene of North Creek. Her persistent field work and other investigations have shown the state’s relentless pursuit of snowmobile connectors to be, in most cases, senseless, as key connections lacked snow and private landownerships intervened. This year, the Court of Appeals ruled that the state lacks the authority to alter the Forest Preserve by construction of snowmobile community connector trails. The Court reaffirmed that only the people can amend our forever wild Forest Preserve. In this ruling can be found the footprints of Evelyn Greene, Champion of the Forest Preserve. 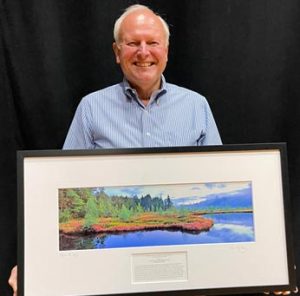 In 1996, Terry Jandreau thought that the Association for the Protection of the Adirondacks deserved sound financial underpinnings. He assumed responsibility for our modest investments and became our Treasurer. As we achieved more success, Terry helped our investments to match our progress. When we had built our Center and were forced to leave it to become Adirondack Wild, Terry came with us. His personal loyalty, honesty, friendship, devotion to nonprofit, service-oriented work, good humor and outstanding leadership qualities have been instrumental in leading Adirondack Wild to where we stand today. Without Terry, Adirondack Wild simply would not exist as the conscience of the Forest Preserve. From the bottom of our hearts, we thank Terry Jandreau for devoting 25 years of his life to us and to our cause.