DEC Lands and Forests – Should It Still Do More with Less? 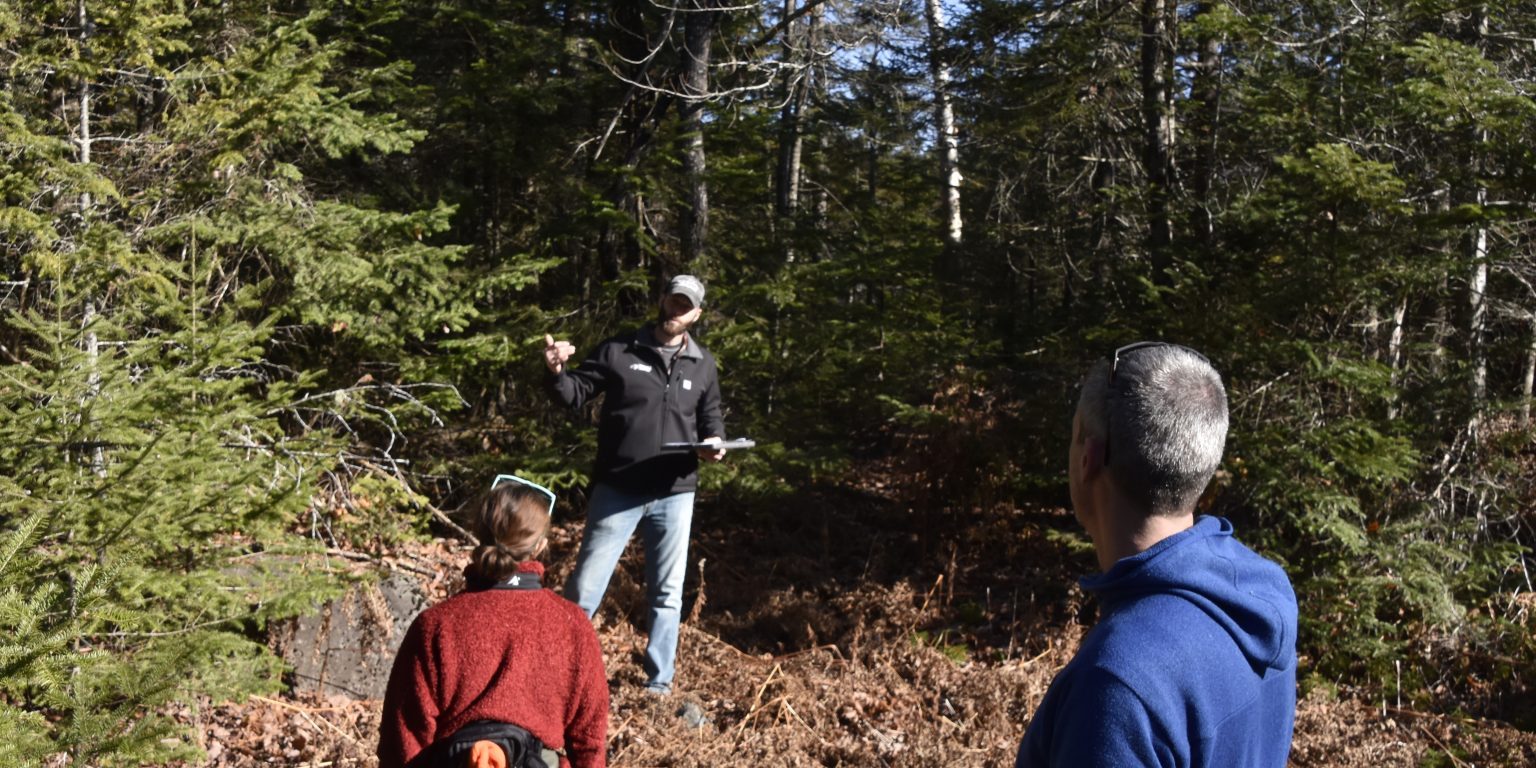 DEC Lands and Forests – Should It Still Do More with Less?

DEC discussing future accessible trail to Boreas Pond lean-to
Governor Kathy Hochul has signed the “30:30 by 2030” state legislation whose objective is, in line with national goals, to bring New York State’s percentage of protected lands and waters up to 30 percent by 2030.

The eminent, late biologist and ecologist E.O. Wilson urged that the nations of the world protect 50% of the lands, freshwaters and oceans under their jurisdiction in order to slow the loss of habitats and species dependent on them, including humans whose livelihoods completely depend on the health of fisheries, forest products and other natural ecosystems. At the same time, E.O. Wilson’s goal would accelerate carbon sequestration within the rich, but shrinking carbon sinks of coastal eelgrass beds, mangrove swamps, ocean surfaces and inland forests. Habitat protection and climate mitigation are inextricably linked, he taught us.

However, since we can’t reach 50% until we reach 30%, New York’s is a good, urgently needed, if modest, goal. The practical difficulty is staffing. From start to finish, every acre of conserved land and water requires a lot of personnel with different skill sets. And DEC personnel responsible for state land and water conservation have been cut to the bone since the administration of Governor George Pataki, continuing right through the three terms of Andrew Cuomo. And now, comes Governor Hochul’s first full term.

Since Gov Hochul signed the 30:30 bill, reporting states that New York, at 19% of its 32000 acres protected in some fashion, “is well on its way” to meeting the 30% goal by 2030. However, 10 percent out of the 19 percent of areas protected in NYS are due to the three-million-acre Forest Preserve in the Adirondack and Catskill Parks. Were it not for our “forever wild” lands, we would have to go from nine percent to thirty percent protected in just 7 years. Thank goodness for our Forest Preserve. Additionally, over one million acres in the state are under some form of conservation easement held by governments or private landowning interests which meet the definition of protected lands and waters. Another million acres of conserved land lie within our state forests, wildlife refuges and state parks outside of the Catskills and Adirondacks. Roughly, six million acres protected, four million to go.

The legislation just signed states that our NYS DEC and NYS Office of Parks “shall develop strategies and methodology to achieve the 30:30 goal, including…coordination with the state land acquisition plan, prioritizing protections for water resources and sole source aquifers including wetland protections, protections and restoration projects for preserving and increasing biodiversity, including habitat restoration, including resilient and connected lands and corridors for wildlife migration and habitation.” 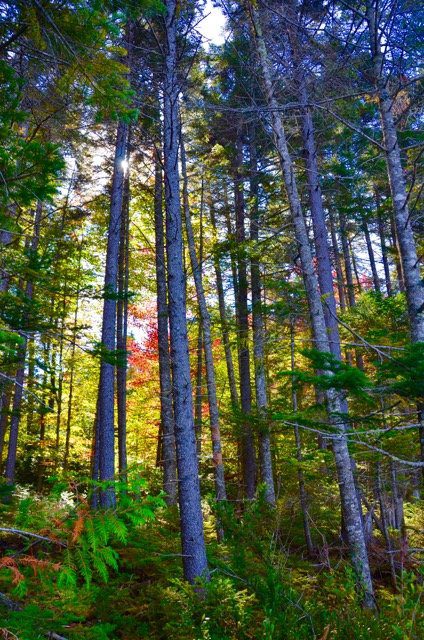 New York is ahead of some other states in meeting the 30:30 goal because we have had a tried and well tested strategy and framework in place for three decades. It’s called the New York State Open Space Conservation Plan. The 30:30 goal amends the 1990 legislation creating New York’s Open Space Plan, updated every four years. The regional open space advisory committees, comprised of appointed citizens across the state, including from the DEC Region 5 (Ray Brook) and Region 6 (Watertown) have shaped these plans for decades. High priority conservation projects in Region 5 since 1992 include acquisition and protection of parts of Whitney Industries in Long Lake (1997), Northern Flow River Corridors (1999), Finch Woodlands (2007-2014), Lake George and Lake Champlain Watersheds, and Washington County Ag Lands, to name just a few. Each, large and smaller, received support from within the regional open space committee. Incorporating the climate challenge and the mandates of the 2019 Climate Act and the 30:30 challenge in the next version of the Open Space Plan, due in 2023, should not be all that difficult because the process and framework are already familiar and well tested.

The core difficulty in reaching the 30% goal remains in the practical, inglorious realm of personnel – staffing. From the moment a piece of land or shoreline or open water comes on the market, as fee or easement, someone within DEC or Parks personnel must assess it, fill out the needed initial forms, categorize the potential acquisition, and employ a rating system that values the parcel as according to various categories including Forest Preserve, water resources, significant ecological areas, recreational opportunities, distinctive character, or coastal and estuarine value.

If the potential acquisition rates highly, it gets more scrutiny at the regional and central office. If the funding stream is derived from the Environmental Protection Fund, the fee or easement project can be subject to the local government veto. Determining the potential funding stream is critical. If the project is reviewed favorably at the local level and at the regional open space committee, more personnel must become involved including surveyors and appraisers of fair market value. Two independent appraisals are required. Negotiations ensue with the landowner in question. Many practical and legal roadblocks to reach an agreed upon price, public access or not, and to ultimately gaining title or less than fee title in a conservation easement emerge. Time passes, sometimes lots of time. The parcel must ultimately get approval to become part of the Governor’s Executive Budget. Years may have elapsed in the meantime. Often, that is why parcels with great resource value are lost to conversion from forest, farm, grassland, and natural coastline to all manner of human development. And therein, potentially, lies one big bottleneck to achieving the 30:30 by 2030 objective.

Who are these land and water evaluators, appraisers, surveyors and negotiators? Most of the staffing involved in this open space conservation process comes from within the Natural Resources office housing the DEC Division of Lands and Forests. In 1998 I recall deep, 30-40% cuts that Gov Pataki’s DEC imposed on that division’s staffing and non-personnel service budget. Pataki left office in 2006, but the Division was never permitted to recover. In particular, the Division’s Bureau of Real Property suffered cuts that have not been repaired. Much of the inglorious, necessary work to reach open space conservation goals, including the recently signed 30:30 goal must be accomplished within this bureau.

My notes from the January 2010 meeting of the DEC Forest Preserve Advisory Committee meeting read: “Assistant Commissioner opened with news of devastating budget cuts at DEC. Cuts of 70% of non-personnel (all spending other than staff salaries) budget. Entire environmental programs will end if the Governor’s budget is enacted. Lands and Forests division may have to shut several offices.” DEC’s Commissioner at the time, Pete Grannis, tried his best to reverse some of these cuts in 2011 when Governor Andrew Cuomo came into office. It was a tough state budget year. For speaking his own mind to power, Pete Grannis was fired.

Not surprisingly, no DEC Commissioner since Pete Grannis has been able or willing to speak truth to power, to stand up to the Division of the Budget, and bring the Natural Resources Office, DEC Division of Lands and Forests and its crucial bureaus up to necessary staffing strength to meet past demands on it, much less the new demands resulting from passage of the 2022 environmental bond act and now the “30:30” legislation. A December 2022 letter sent to Governor Kathy Hochul signed by the Adirondack Mountain Club, Adirondack Council, Adirondack Wild, the Catskill Center and more than 25 other nonprofit organizations across the state states that:

Open space conservation “projects cannot be implemented without staff. While we understand the current hiring challenges, we urge focusing on critical positions and exploring ways to streamline and support the hiring and retention of staff, and to create more flexibility within the system. We are especially concerned about insufficient staffing levels in the Division of Lands and Forests. In 1996, there were 186 staff responsible for managing a total of 3,818,983 acres of public land. Today there are 170 staff who are responsible for 4,950,000 acres of public land and conservation easements. Also, during this time, three critical new programs were added: 1) climate change; 2) invasive species; and 3) conservation easements. Simultaneously, recreational use has doubled. Acres and workload are up, and staff is down; staff numbers in the Division of Lands and Forests should be increased.”

I recently spoke with several knowledgeable citizens on the Adirondack open space conservation advisory committees. On behalf of Adirondack Wild I have also served on these committees. They have proven extremely informative and effective, if slow and sometimes tedious, deliberations with DEC and State Parks staff that eventually lead to protection of some very important conserved landscapes. In the process, real or perceived animosities over land protection opportunities between local government, business and environmental interests sometimes get their edges smoothed away because of our common baseline of information and forum for communication.

I know that within Adirondack DEC Regions 5 and 6, right now many new opportunities to acquire – from willing sellers – significant river valley, wetland and upland forests could be missed because of highly inadequate staffing at the DEC Lands and Forests and its Bureau of Real Property. Assuming the Real Property bureau supervisor is even filled in Ray Brook, Watertown and other regional offices, is there a surveyor in the next office to rapidly move a land protection project ahead? In too many offices, the answer is no. Even nonprofit third parties who can acquire these environmentally significant lands more quickly than NYS rely, ultimately, on a modicum of state lands and forests staff. Also, the Climate Act of 2019 expects carbon sequestration and storage rates from our state and private forests to increase in order to contribute to the goal of a net 85% reduction in greenhouse gas emissions by 2050. These acquisitions from willing sellers could help meet that goal, but that also requires investing in skilled, dedicated DEC personnel.

To significantly add to the problem, there has been no permanent Director of the DEC Division of Lands and Forests since May when veteran director Rob Davies retired from that post. Thus, there is a vacuum in leadership from the top as well.

Like her predecessors, Governor Hochul, facing demands from all over, is not likely to focus her attention on the low profile but absolutely crucial DEC Division of Lands and Forests. Only veteran DEC Commissioner Basil Seggos is in a senior, knowledgeable position, programmatically and politically, to go to bat within her executive budget for his DEC Division,which plays a central role in achieving his and the Governor’s roll out of the bond act and their signed commitments to the Climate and 30:30 goals. At the 2023 Albany budget hearings will Commissioner Seggos continue to defend “doing more with less”? Governor Hochul’s budget comes out in February.