Every Day is Earth Day 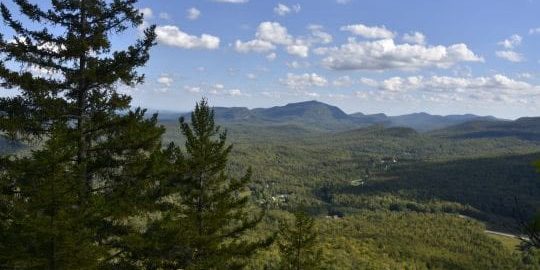 Every day is Earth Day. That’s what folks knew and said to each other on April 23, 1970 – and ever since. Fifty years on, April 22, 2020, it’s obvious as well as vital to act accordingly since life support systems on our fragile earth have been torn and rendered by human activity and population growth since 4/22/70. This Coronavirus COVID-19 is novel to human beings. Today’s atmospheric carbon concentrations are novel for all life on earth – and only existed some 3.5 million years ago.

The current economic slowdown caused by the pandemic lifts a veil on our enormous daily impacts. We peek around the curtain and see anew clearer views of our world, of the rivers and of the mountains, of the stars and of the fish and the wildlife all around us, as if by magic. Less nitrogen dioxide from our vehicles and industry. Tiny (2.5 micron) sulfate and soot particles and smog that has clouded views of daily life and caused many humans to gasp for air for 50 years have momentarily lifted in many parts of the world.

Others, more fortunate, can thank the United States Clean Air Act, Clean Water Act. We all share this one earth and we are all mortal, or so said President Kennedy in his famous speech from 1963. Private enterprise would not regulate itself. It took seven years and Republicans, Nixon, Rockefeller, State Senator Bernie (Bernard C.) Smith among them, to codify Clean Air, Clean Water, Wild and Scenic Rivers and much else here in New York and across the country.

For me, Earth Day 1970 was spent below a highway, in the deep shade below steady traffic at a large (or what seemed large to me) recycling depot in New York City. Mountains of newspapers, cans and aluminum, etc. were carted around by students like me to be recycled into something else, we knew not what. All we knew was the fun of being dirty and tired, away from our parents, and part of something much bigger than ourselves. That being part of something larger was the feeling of Earth Day 1 and I’ve never forgotten it.

About twenty years later, on another Earth Day several students came over from their local school to visit with Paul Schaefer. They had heard in school that Paul was a local wise elder who had given his life to protect the Adirondacks, to defend wilderness by law and by our state constitution. So, they would breathe in his wisdom and lessons and leave all the wiser. Having announced their visit a day or two ahead of time, Paul had planned to show his award-winning documentary film, The Adirondack – The Land Nobody Knows (1980 by Couch-sa-chra-ga Association), but the projector was at my work place (he had donated his projector to the Association for the Protection of the Adirondacks) and the office was locked that day. Disappointed, Paul apologized to the students knocking at his front door and he invited them into his living room.

“I’ve never had a better time in my life,” Paul told me a day or two later. When I left Paul’s house, I spoke into a tape recorder to try and capture his conversation with the students. “These kids were idealists. We need that.” So, what did you talk about with them, I asked him?  He told me that they came to him with a new proposal: to close and tear up the NYS Rt. 28 highway between Blue Mountain Lake and Tupper Lake. “You mean you want to close the road,” Paul asked them?  Yes, they responded, because the highway impacts badly on the wilderness character of the Adirondack Park.

“Listen,” responded Paul, “you’ve got to have some realism to temper your idealism. Before you come up with some hair-brained scheme like that you take me up on this proposal. You start at my Adirondack cabin near the Siamese Ponds Wilderness, and you walk 15 miles across that wilderness, taking your tent, your packs, and your compass. Find your way across that wilderness until you reach Rt. 30 in Speculator. Until you accomplish that walk, you don’t know what wilderness is, you have no conception what it is. You can’t possibility advance your cause by closing a road that is the lifeblood of the economic well-being of the park for wilderness reasons if you haven’t crossed a wilderness area on your own two feet and know what it’s all about. You want to advance your cause in the Adirondacks? Then temper your idealism with realism. Then he told them, “I’d love to have you come back and talk more.” Really? They were surprised after the feeling that they had just received a lecture.

It was a lesson, for them and for me. A few years later, four of us tramped those 15 miles across the Siamese Ponds Wilderness and met Paul at the far end, a bit scratched up but feeling grand about our experiences. Paul laughed aloud at our stories, in a knowing kind of way. He had entered that country in 1923 with his family and never left it – in his heart, he was always there.

Earth Day was and remains a personal day, and every day.