The next APA executive director 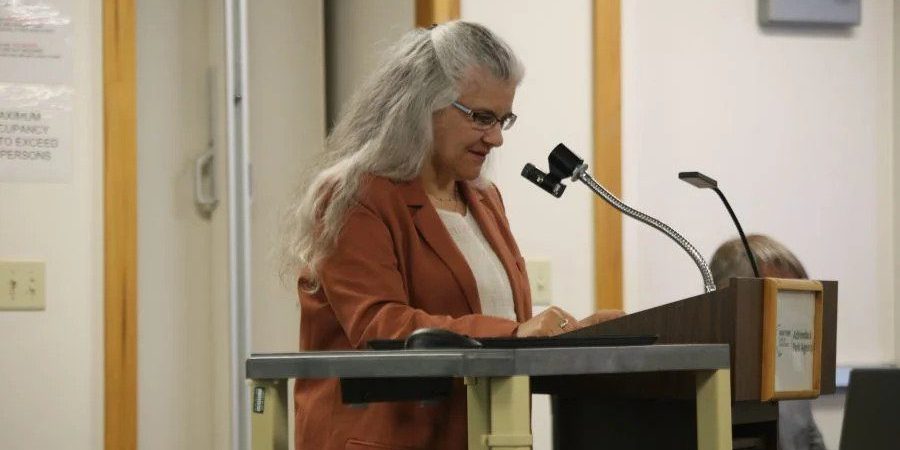 The next APA executive director – a lot at stake for Kathy Hochul, John Ernst and the rest of us

After a dozen years, Terry Martino is retiring as the executive director of the NYS Adirondack Park Agency. Terry is an admirable person who has had a difficult job of balancing the pressures from APA applicants, staff, members and the Cuomo administration – and much else.

But for more than a decade she – like many others – loyally saluted as a member of Team Cuomo, the Governor who:

After eleven years open for business, the APA no longer knows why it’s here or what its vision is or where it is going. Therefore, any path will take it there. Professional agency staff deserve a new executive director who can motivate, inspire and model the highest standards of resource protection under the law, who can once again make New York State a leader in regional land use planning, who can with partners prepare the Adirondack North Country for climate change.

What the agency does not deserve is more palaver about balancing economic development and environmental protection, and more waiting for direction from Albany. Given the pressures of todays and tomorrow’s climate change and population pressures on resources, more balancing means tilting in a downward direction for the Adirondack Park – and for the APA’s budget and staff.

At this crucial time APA deserves an executive director who knows that the APA Act is not a balancing seesaw – and never has been. Its basic purpose is unchanged in 50 years: to insure optimum conservation of “unique scenic, aesthetic, wildlife, recreational, open space, historic, ecological and natural resources of the Adirondack Park,” and to develop “long-range park policy in a forum reflecting statewide concern,” recognizing “the major state interest in the conservation, use and development of the park’s resources and the preservation of its open space character and at the same time provide a continuing role for local government.”

During the Cuomo era staff were expected to shrink the scope of agency planning authority, lose sight of its statewide role and interest, wait for direction while processing the next private or the next state development applicant. And the next. And the next. Cumulative impacts? Conservation science? Trends? Carrying Capacity analysis? Public Hearings? No. The APA has been reduced to a politically reactive and compliant permitting agency. The people of White Lake (Red Rock Quarry permit 2021-0075) are just the latest park community to see this clearly.

“Our review is as or more stringent than what the State Environmental Quality Review Act requires.” So protested Adirondack Park Agency lead Counsel Chris Cooper during this month’s permitting of the new granite quarry at White Lake. He doth protest too much. Yes, the State Legislature exempted Class A regional projects from SEQRA because it felt the APA would perform a comparable environmental review to SEQRA. And for a time, it did.

No longer. Both require environmental assessments. If impacts are significant, SEQRA requires that a scope of impacts be subject to public review and hearing and an EIS. APA staff are, in contrast, left to determine the scope of their review without a formal scoping process or hearing. APA has not held an adjudicatory public hearing – the ones that require sworn expert witness testimony – since the ACR project in Tupper Lake in 2011. SEQRA requires alternative ways to develop with no or fewer impacts to be analyzed in writing and in public. Not so at the APA, where alternatives analysis seems to be optional for the developer.

At White Lake, the granite quarry proposal involves extraction, drilling, blasting, crushing and transportation of mineral resources in a heavily settled residential and recreational area of a spring-fed, crystal clear lake. It has drawn an unprecedented level of concern by local residents. Yet, in issuing the permit this month APA required no public hearing and no independent studies of many likely project impacts including the potential noise impacts of blasting. Without professional studies, one of the applicant’s many assertions that topography and trees would simply block the noise was accepted by the APA. APA member Art Lussi, though, had his doubts. He raised the likelihood that rock crushing operations would be disruptive, not the staff. So, APA reduced the rock crushing daily hours by two.

The White Lake community is just the latest in the park to absorb the devastating news that far from acting as a partner and sharing their protective values of the lake’s environmental resources and acting to ensure “optimum overall conservation and protection” of natural resources there, APA has devolved into a rubber stamp for applicants. White Lake is not an exception, but an extension of trends that have accelerated over the past decade.

Alternatives analysis is at the heart of SEQRA’s environmental review process. A state or local government agency cannot claim to have rationally chosen a preferred alternative if other alternative approaches to achieve the same project with fewer environmental impacts have not been evaluated with the same degree of rigor and detail. APA’s regulations authorize it to require alternatives analysis fully akin to that required by SEQR (See APA Regulations, Part 572.3(b)(2) and Part 573.4 (c)(1,7).

However, such analysis is all too frequently not performed.

No alternatives were required during review of the massive ACR project in Tupper Lake (2012), a fact that was conceded by the APA’s own staff. APA’s Deputy Director at that time testified that the applicant had not been required to develop alternative plans and compare them to its preferred alternative.

No alternatives were analyzed as part of APA’s subdivision permit at Woodworth Lake (2015). Though APA staff asked that applicant to submit alternatives, they did not insist. The applicant declined to do so, and the permit was issued for the developer’s preferred layout.

Alternatives to the classification, planning and management of the Boreas Ponds (2018) were short circuited by the staff and board in deference to the DEC preferred alternative. At Woodward Lake (2021) APA again asked for alternative sketches, but these took several years to produce and were quickly dismissed, without analysis or reduction of intensity, as more damaging than the applicant’s preference and unable to meet anticipated market sales. APA accepted these assertions. While increasing the buffers from wetlands and streams APA largely adopted the applicant’s layout, stating during the issuance of the permit that “we are not a design agency. We can’t redesign what the applicant gives us” and “if you vote no, we run the risk of a lawsuit from the developer.”

Does this sound like an agency pushing its envelope and acting more stringently than the State Environmental Quality Review Act requires? To the contrary, it sounds like a timid agency lacking in its vision and direction, and unworthy of budgetary increases.

In recent years APA senior staff have substituted a Permit Writing Form in place of a substantive permit order which contains Findings of Fact. Findings of Fact were included in all major project permits issued from 2015-2019. For the last several years, including this month, they have disappeared.

Beginning in 2020, that permit writing form reduces the project history and background, site description, and all review of pertinent Development Considerations – from water resources, to wetlands, to wildlife habitats, to project impacts, etc. – to a series of binary choices, meaning Yes/No check off boxes with occasional, highly abbreviated staff comments in small typeface.

When APA member, now chairman, John Ernst asked in March 2021 whether the agency’s review of the Woodward Lake 32-lot subdivision had narrowed into a “check-off of environmental quality boxes,” he was on target. Unfortunately, he then joined his colleagues in voting to approve.

Instead of reading in the permit itself how staff reached a conclusion of no undue adverse impacts, using plain English, complete sentences and analytical judgement, agency members and the public are given a separate list of checked off boxes. The intent of these check offs is to suggest that there is nothing substantive to see, no major impacts, and no cause for concern.

A permit condition must be linked to an identified impact. Since 2020 no impacts are ever identified in the major Permits APA issues. It is difficult in the extreme to tell, based upon the information in the permit, whether the draft conditions are sufficient and how the applicable development considerations have been applied in order to render a determination of no undue adverse impact. When project impacts and findings are kept hidden in a permit that is hardly an example of government transparency.

Compare the Barile Family subdivision permit in North Elba that APA issued in 2017 and the Woodward Lake subdivision permit issued in 2021. The 2017 Barile permit contained substantive Findings of Fact devoted to site conditions, application of the development considerations, and project impact avoidance including design and layout of the new housing and the preserving of ecological connectivity on and off site. I did not fully agree with the Barile subdivision layout, but at least in the permit itself there was a reasoned elaboration of why it complied with the law and why the staff believed it was protective of natural resources.

In stark contrast, the 2021 Woodward Lake permit, devoid of Findings, is instead a series of permit conditions bearing no relationship to two years of agency field staff list of project impacts, such as wildlife movements, ecological connectivity and the parcelization of the upland forest, among others. Those staff concerns are lost in a sanitized, simplified yes/no permit writing form.

Governor Hochul is demanding transparency in state government. It’s time that the APA staff once again include Findings of Fact and Project Impacts within the Draft Permits so that agency decision makers can judge whether or not they can properly reach a conclusion of No Undue Adverse Impact to the resources of the Adirondack Park.

Will that individual know what direction they wish to take the agency?

Will that individual have the skills and drive to want to be at the cutting edge of regional land use planning for a Park of state and global significance?

Will that leader actually care whether APA review is more stringent and protective than SEQRA?

Will he or she anticipate that this Park badly needs new legislative resources to detect park wide trends during climate change? Know how to strengthen the agency’s scientific standards and regulations to match the climate challenge and apply those higher standards?

Will the next ED require that public hearings again be held for complex projects, and once again welcome public comments and participation? 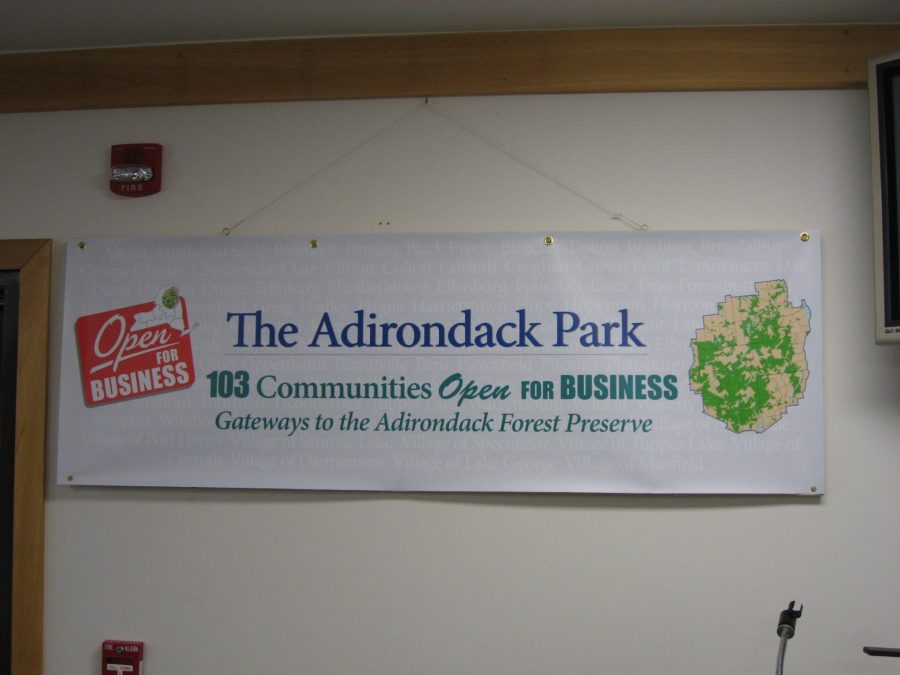 Will she or he stretch the agency’s currently weak planning muscles, and inspire the staff to new heights by their own example?

Will that person have the strength of character to stand up to political pressure and numerous administrative stop signs? Will that person know that the entire state is rightly concerned about the Adirondack Park – and watching?

In the person named to be the next APA executive director we shall find out if Governor Kathy Hochul and APA Chair John Ernst are remnants of the Andrew Cuomo era, or ready to plan ahead and steward the Adirondack Park’s human and natural communities at the highest possible standard during climate change.

Photo at top: Terry Martino at a past APA board meeting. Photo by Gwendolyn Craig/Adirondack Explorer. Above photo provided by David Gibson.