“We are seriously degrading the resource” 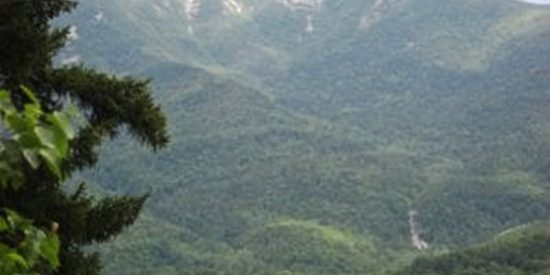 Thank you to reporter Gwen Craig of the Adirondack Explorer (and Times Union) for her recent articles about recreational user pressures created by all of us entering the High Peaks Wilderness from the private lands of the Adirondack Mountain Reserve (AMR)/Ausable Club off of Rt. 73.

As reported, user pressures and resulting damage to the private lands have reached the point where the private landowner is considering restrictions or limits on public access through the AMR to the High Peaks Wilderness.

I applaud the landowner for publicly being accountable and to consider the serious step of limiting public entry to a limited, extremely sensitive, private-public wilderness environment.

On behalf of Adirondack Wild, it’s time for the leadership of the NYS DEC in Ray Brook and in Albany to similarly acknowledge the situation with the same seriousness of purpose and preparation to take actions commensurate with the ongoing degree and intensity of public use pressure and damage.

The original agreement
Thanks are owed to Craig for linking Explorer and Almanack readers to the actual conservation easement, the formal agreement between the AMR and New York State’s Department of Environmental Conservation signed in 1978.

A conservation easement is a negotiated, enforceable agreement between two parties which spell out primary and secondary purposes and objectives of the agreement, the rights in land use and development which are restricted and the rights which are reserved or preserved for the parties, and special conditions or circumstances which may trigger exercise of rights, in this case the right to condition or limit public access across the private land to the adjoining Forest Preserve.

What struck me in reading the 1978 conservation easement are its clearly stated primary objectives of protecting and preserving the intermingled natural state, scenic and aesthetic, fish and wildlife and overall wild condition of both the private land and the adjoining Forest Preserve.

To quote from the easement document, “whereas the Grantee (New York State) holds the benefited property (the Forest Preserve, or High Peaks Wilderness) as ‘forever wild’ lands pursuant to the provisions of Article XIV, Section 1 of the Constitution of the State of New York and otherwise for the purpose of keeping said lands in their present natural state as a preserve for indigenous flora and fauna and protecting and conserving their wilderness character and value as a natural, aesthetic, scientific and educational resource.”

In short, right at the start of the document it makes clear that the protection and perpetuation of wilderness character and value as a natural area and resource are primary under the Constitution and under the Adirondack Park State Land Master Plan. Recreational uses, however vital and important, are secondary in the easement, under the Constitution and under the Master Plan.
That fact should be understood in weighing the impacts of access in 2020 by hundreds of hikers daily and tens of thousands of hikers annually – even without the presence of Canadian hikers during this pandemic year.

The easement similarly describes the primary objectives of the adjoining private landowner.

“Whereas the Grantor (Adirondack Mountain Reserve) and the Grantee (State of New York) recognize the value and the special character, as a natural, aesthetic, scientific and educational resource, of the region in which their respective properties are located” with each owner having the common “purpose and object of protecting and conserving the present natural state and inherent natural values, both tangible and intangible, of their respective properties as a natural, aesthetic, scientific and educational resource” by means of a conservation easement “to conserve and protect the animal, bird and plant population, and the purity of the air, water and environment and to prevent the use and development of the protected property for any purpose or in any manner which would in any way conflict with” those preservation and conservation objectives.

As Craig points out, under the 1978 easement (page 11)  the private landowner and the State have the right, in consultation and in agreement with each other, to close the trails through the private land or to limit public access “to the extent necessary” to protect them from “undue adverse environmental damage” or as needed to protect public health and safety and to protect the natural, aesthetic, scientific and educational resources of both the private and public lands.

That clause in the easement has been put into effect before. For example, it was used to close some of the trails during the Noonmark forest fire and firefighting response some twenty years ago.

As stated in the easement, both the AMR and the DEC have a common purpose. The NYS DEC should be taking the AMR’s present concerns about overuse and damage seriously and, as the easement states, “shall not unreasonably withhold” its consent to some limits on public access from the AMR into the High Peaks.

Considering the degree of overuse and damage and the overwhelming pressure on the town of Keene community, on the wilderness resource, on DEC Forest Rangers and on Summit Stewards, DEC should require no prompting from the private landowner, the AMR. The State Constitution and the State Land Master Plan demand that DEC, in consultation with others, act.

High Peaks Wilderness as seen from the lands of the Adirondack Mountain Reserve.
Photo © Dave Gibson

The State Land Master Plan has the force of law. It directs that “where the degree and intensity of permitted recreational uses threaten the wilderness resource, appropriate administrative and regulatory measures will be taken to limit such use to the capability of the resource. Such measures may include the limitation by permit or other appropriate means of the total number of persons permitted to have access to or remain in a wilderness area or portion thereof during a specified period” and “the temporary closure of all or portions of wilderness areas to permit rehabilitative measures and “an intensified educational program.”

Therefore, DEC ought not wait for more alarm bells to ring. Given its legal responsibilities and reports from its own Forest Rangers, DEC ought to immediately direct its staff to formally launch study and planning of a permit reservation or limited entry system for portions of the eastern High Peaks Wilderness and involve the towns, the public and adjoining private landowners in the planning process, however long it takes.  Ultimately, any limited entry plan must involve an amendment to the High Peaks Wilderness Unit Management Plan which therefore also requires the attention and involvement of the APA.

Adirondack Wild: Friends of the Forest Preserve believes that a well-designed, planned and implemented limited entry system into portions of the eastern High Peaks advantages everyone. The hiking public would know ahead of time and reliably that a primitive tent site or lean-to will be theirs for the night. Through their permit they could know in advance what trail and weather conditions can be anticipated.  They will know they will have a better chance than they do today to experience solitude and natural conditions. The DEC and APA will know that they are honoring their legal responsibilities under Article XIV and the State Land Master Plan. DEC will be able to transmit educational messages along with the permit and have that information absorbed by permit holders. DEC will also come to know that, over time, trash, waste, and damage to the eastern High Peaks will be reduced and resources allowed to recover. Public health and safety risks for the entire community along Rt. 73 will ease.

DEC could institute a permit system on a trial basis and evaluate its success. It will never be perfect; changes will inevitably need to be made. But, if the experiences in other wilderness areas are any guide, once hikers adapt to a limited entry system they will appreciate the opportunity to experience such a magnificent area as the High Peaks free from crowding, trash, and waste. So will the residents and town officials who live and work amidst the High Peaks region.