“What are the climate impacts of this project”? 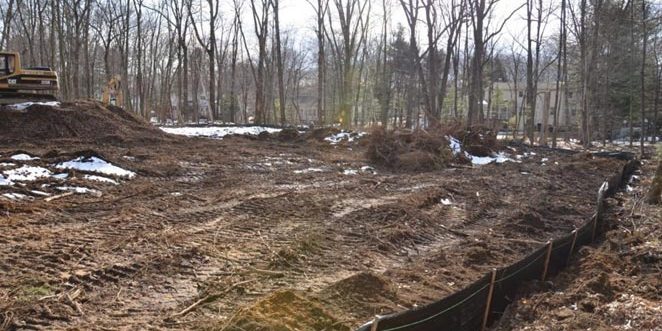 “What Are The Climate Impacts Of This Project”?

On July 18, 2019, Climate Leadership and Community Protection Act (Climate Act) was signed into law.  To quote from the NYS Climate Council website, “New York State’s Climate Act is the among the most ambitious climate laws in the world and requires New York to reduce economy-wide greenhouse gas emissions 40 percent by 2030 and no less than 85 percent by 2050 from 1990 levels.

“The 2019 law creates a Climate Action Council charged with developing a scoping plan of recommendations to meet these targets and place New York on a path toward carbon neutrality.”

The Climate Council’s scoping plan is supposed to be released for public comment at the end of December. In an early December interview with WMHT-TV’s New York Now, Climate Action Council co-chair Doreen Harris (president and CEO of the New York State Energy Research and Development Authority, or NYSERDA), spoke of the careful accounting of carbon emissions that the state’s law requires.

“Buildings are one of the largest contributors” to our state carbon emissions, she noted, approximating that from the transportation sector – e.g., our cars, trucks, buses, trains and air travel.

Asked by New York Now’s Dan Clark what was accounting for the buildings’ role in carbon emissions, Harris agreed that heating and cooling buildings were, first and foremost, the largest contributors. Not mentioned was a logical part of this careful accounting – carbon emissions resulting from the clearing of forest, farmland and soils needed to construct new residential housing or other types of construction in the first place.

In 2007 I attended a local town planning board meeting where the board’s attention centered on construction of a new 18-house subdivision in what was then a 25-acre closed canopy forest with a high-water table. Several thousand substantial trees were marked for removal to construct the house footprints, main road, cul-de-sacs, stormwater basins and individual driveways. Because of the large amount of fill required to raise the houses by at least 4 feet above the water table, additional trees – beyond the original estimate – needed to be cut down.

While the majority of that board’s members asked traditional development questions, like road access for emergency services, one member asked about the climate impact of the subdivision. What are the carbon emissions expected from this subdivision as submitted, he asked?

For a long moment, no one spoke. The board chair did not ask the town’s professional staff (this town had a staffed planning department) to look into that member’s question. Instead, the member’s question was ignored, sending him, other members and those of us in attendance the clear signal that the question itself was unwelcome. His was the lone vote against the subdivision site plan, which was eventually constructed after the great recession ended in 2012. Within a few months, I noticed this member was removed from the planning board. Although climate change was widely recognized in 2007, it was still not a welcome question to raise at the local planning board level, largely because most planning boards and their staff, much less the developers, could not answer it.

And there was no motivation to answer it. That was 2007. Over the next decade I attended other nearby planning board meetings deliberating other subdivisions. No planning board member in those towns ever asked about carbon impacts of these new developments. Carbon was not part of the scoping of issues discussion at all.

Now, with the state’s Climate Act underway led by the Climate Council and its advisory panels, there is fresh motivation and urgency to answer this and many other questions.

That fresh motivation and urgency is not being seen yet at the Adirondack Park Agency. The greenhouse gas (GHG) impacts of significant, regionally impactful projects sought by private and state (DEC, DOT etc.) parties needing APA’s sign-off are rarely raised, much less accounted for.  For example, I don’t recall any APA staff or members raising the GHG consequences of 34 new spread-out homes, new road and infrastructure development within a mostly undeveloped lake and forest environment at Woodward Lake. Would altering that subdivision design to reduce the length of new infrastructure, eliminate the need for the new road through a forest, protect the 1,000-acre forest in one contiguous block instead of whacking it up into multiple ownerships, and shrink the footprint of each house and driveway have made a significant GHG emission difference? When combined with the added benefits to the regional environment of further protection of natural resources and wider buffering of the lake and its streams, the answer is yes.

Among the 37 development considerations that the APA is required by law to consider and analyze before new land use and development is permitted are many closely tied to New York’s Climate Leadership responsibilities such as “existing drainage and runoff patterns of water, erosion and slippage of topography, floodplain and flood hazards, forest resources, open space resources, air quality, rare plant communities and key wildlife habitats, fish, wildlife, travel corridors, depth to groundwater, adjoining uses, ability of the government to provide facilities and services, and conformance with other governmental controls.” If APA had regulations in place to better define and apply these considerations to large regional development projects, the agency would align its mission much better with the 2019 Climate Act. But it does not.

The APA law was written in the early 1970s and climate change is not specifically mentioned in the act, which is dated and in need of fresh legislative focus and attention. However, the close tie between protecting natural landscapes, be they rain forests, mangrove swamps, sea grasses or the natural resources of the Adirondack Park, and slowing the alteration of earth’s climate is clear and should by now obvious to the APA, so obvious that it is motivated to act. Climate best practices requires many technological innovations, but among the “all of the above” solutions is saving the landscapes we already have and preserving wild nature.

APA has the full legislated authority today to draft regulations about how to apply its legislated 37 development considerations which, as shown, relate to the impacts of climate change, to certain kinds of new land use and development. APA could begin discussing the purpose and scope of such new regulations on large subdivisions, forest clear-cuts or solar installations, for example, at its meeting next week. Drafting and public hearings could begin later in 2022. That assumes that Governor Hochul and the State Legislature give APA a fresh mandate, new leadership, motivation and budget infusions to hire the people needed to undertake this work.

The Climate Council’s Agriculture and Forestry Advisory panel noted in its October, 2021 meeting that combined the state’s farms and forests remove 30 metric tons of carbon annually, or about 8 percent of the state’s annual greenhouse gas emissions.

But the amount of land maintained in forested conditions across the state has declined by 10 % over the past decade due to private land conversion to new land use and development. How can this statewide decline in forest cover be reversed? The panel cited the following strategies.

First and most basic of all, states the Agriculture and Forest panel, is to keep forests as forests by avoiding forest conversion. That strategy also makes a lot of sense for carrying out the APA’s legislated purposes to protect natural resources and to avoid undue adverse impacts.

Across the state the Climate Council is advising that private landowners add 1.8 million acres of conserved forest, a process of afforestation, and a reverse of present deforestation.

In fact, botanist and geographer Jerry Jenkins estimates that the carbon bank in all Adirondack forests, public and private, is about 85 tons per acre, or over 430 million tons in all.  As he writes, if all of that stored forest carbon were to be released at once, it would be equal to all the carbon emissions from within the Adirondack Park over the past 750 years (Jenkins, Climate Change in the Adirondacks, the Path to Sustainability, 2010).

I remind myself that our small solar photovoltaic system has, over its 10 years of use, prevented about 15 tons of avoided carbon dioxide emissions we would have created without the solar system. But the 25 acres of temperate deciduous forest we have invested in at home has sequestered and stored over 100 tons of CO2 during the same decade.

To continue the recommendations of the Agriculture and Forestry panel – fund land trusts to buy and to hold conservation easements that keep land in forest cover. A lot of that has already happened in the Adirondacks. More can happen if support grows for Adirondack land trusts.

Third, support and encourage local governments to be conserving of forests in their jurisdictions. Like that planning board member back in 2007, ask the hard questions, support those who ask them, and expect them to be answered. Plan new land use and development in ways that conserve contiguous blocks of forest and habitat. That’s part of good conservation design (Senate bill 1145/Assembly bill 4074).

Fourth, employ fresh, stronger incentives including tax breaks for landowners who commit to keeping land in forest cover without the current burden of producing a ten-year forest management plan. Amend the state’s dated Forest Tax Law, last amended in 1974 as 480a. The state needs a new, more flexible and widely applied forest tax law 480b, as well as an active, verifiable carbon market to pay landowners to expand the amount of their land in forest cover. Naturally, carbon markets have to be honest in their accounting practices. There are carbon losses in forests and in the way we manage them and use them in downstream manufacturing, as well as gains through photosynthesis and carbon sequestration.

Fifth, employ carrots and sticks to prevent high grading of forests, or slow the long practice of “taking the best and leaving the rest” – the rest becoming less valuable and thus more rapidly converted to other uses.

Sixth, encourage and support construction materials made of wood, such as mass timber which according to the state’s panel uses 400-700 percent less carbon in their manufacturing than concrete or steel.

The 1973 APA Act does not need to mention carbon or climate change in order to implement the state’s Climate Leadership Act. Tomorrow, APA could begin drafting regulations to apply its related development considerations to slow and mitigate climate alteration and simultaneously meet its legal obligation to protect natural resources and avoid undue adverse impacts.

Local planning boards are similarly not helpless to slow climate change just because their codes may not be updated to mention it. All planning boards already have the legal authority to require unconventional plat plans for subdivisions which, if well and carefully planned and designed, can maintain contiguous blocks of forest instead of fragmenting them into a useless, carbon leaky, vulnerable scattering of trees which, unprotected by their neighbors, are prone to loss of vigor and windthrow.

After 2022, I hope that the APA and local governments alike are more motivated, capable, and resourced to answer the question “what are the climate impacts of this project.” Watch for the NYS Climate Act’s public scoping plan to be released on 12/31 for public input.