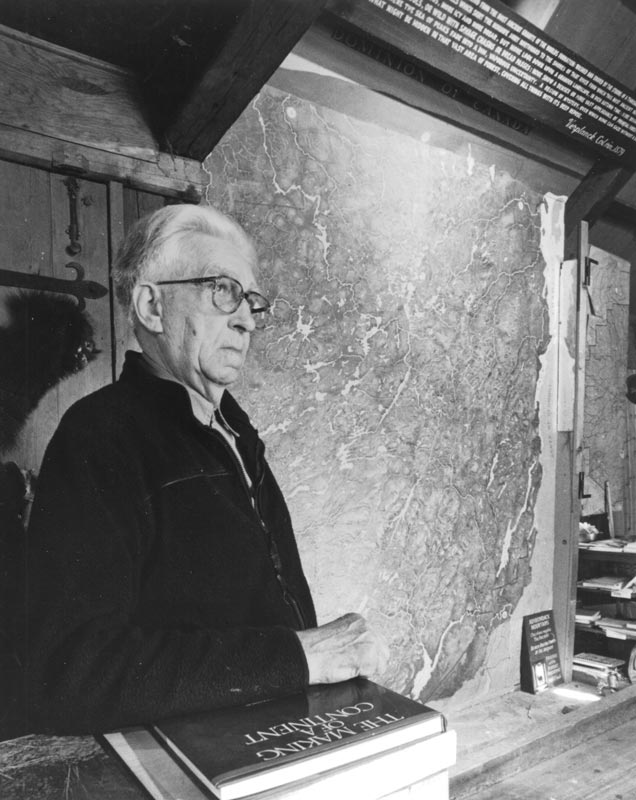 New York’s Adirondack Park is where wilderness preservation began in America, and much of that story is credited to Paul Schaefer (1908-1996), founder of Friends of the Forest Preserve and mentor to Adirondack Wild. An Adirondack wilderness hunter, explorer, writer and filmmaker, Schaefer grew into a great conservationist and leader of wilderness coalitions. His frequent and successful defense of New York’s unique “forever wild,” constitutionally protected Adirondack and Catskill Forest Preserve against dam building, motor vehicles and other threats led to his being named by Audubon as one of the 20th century’s most influential conservationists. Schaefer’s actions and the lessons of “Forever Wild” in the NYS Constitution inspired Howard Zahniser of The Wilderness Society to draft and successfully lobby for the National Wilderness Preservation Act of 1964 signed by President Lyndon Johnson. 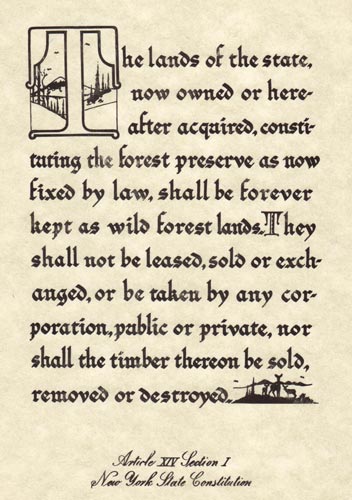 Today, Adirondack Wild: Friends of the Forest Preserve carries on Schaefer’s legacy by embracing “Forever Wild,” documenting its mismanagement, safeguarding wilderness through advocacy and mobilizing public support for wildlands, including legal action when needed. We also model how to be good stewards of our trails and waterways and apply principles of conservation science to the Adirondack Park’s six-million acre landscape of both public and private land. We view these vast temperate forests protected by New York’s constitution and laws as a model for the world and a crucial buffer during climate change.

Article 14, Section 1, New York State Constitution, “forever wild,” was approved by the public in 1894. Just fifty-four words,and despite powerful opposition from exploitative commercial, industrial, and recreational interests, it has never been amended because New Yorkers are protective of this wilderness for which they are responsible. It remains today the most powerful forest protection measure in the world. Just nineteen minor exceptions to Section 1 have been authorized by the voters, mostly small land exchanges serving a well-documented community purpose and need and resulting in an overall net benefit to the Forest Preserve. Adirondack Wild: Friends of the Forest Preserve supports, defends and embraces Article 14 as a fundamental part of its mission. 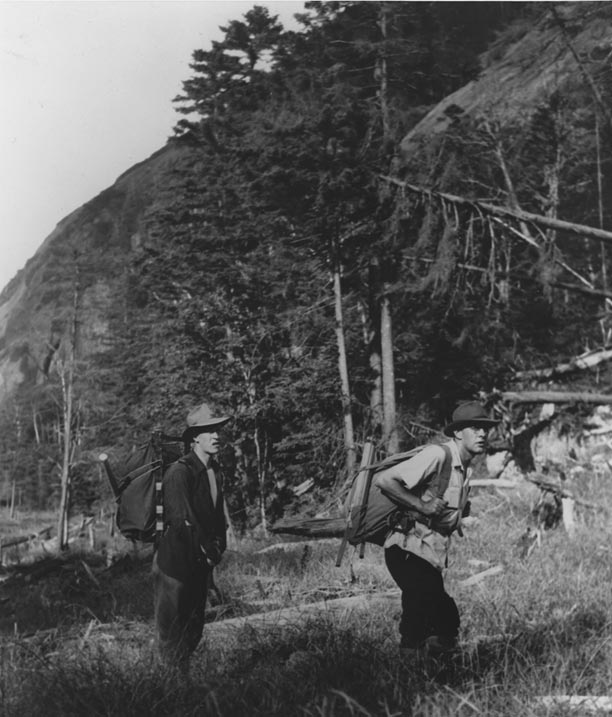 Howard Zahniser, right, shoulders his pack as he heads into the High Peaks in August, 1946 with guide Ed Richard, left. Zahniser is the new executive secretary of the Wilderness Society, invited by Paul Schaefer to visit the Adirondacks for the first time and to experience the positive results of New York’s unique “Forever Wild” constitution approved in 1894. A day after this photo was taken, Zahniser and Schaefer sat before a fire at the Flowed Lands and Zahniser declared that he would devote the Wilderness Society to attempting on a national scale wilderness preservation law modeled after Article 14 of the NYS Constitution. It took 66 drafts and 18 years of Zahniser’s life, but the National Wilderness Preservation Act was signed by President Lyndon Johnson in 1964. The Adirondacks are, therefore, where wilderness preservation began in America. Photo by Paul Schaefer. 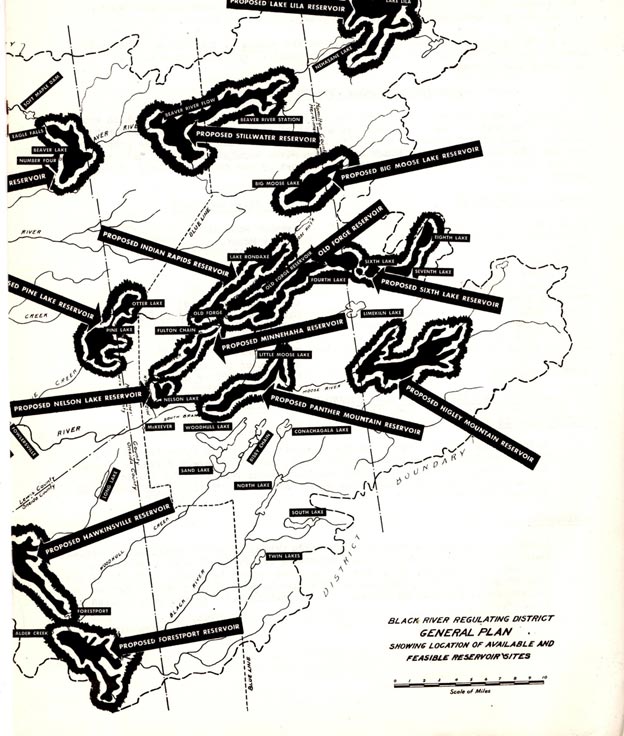 New York State and its River Regulating Districts would have built more than 30 large, fluctuating reservoirs on these Adirondack wild waterways, flooding thousands of Adirondack shoreline forests and wildlife refuges, if Paul Schaefer and his Moose River Committee had not successfully fought the dam builders from 1945-1955. We would not have a Wild, Scenic and Recreational River system today, protecting more than 1200 miles of Adirondack rivers, were it not for this bitterly contested, hard-won victory by conservationists in the mid-20th century. Paul Schaefer formed Friends of the Forest Preserve in 1945 as an umbrella group to protect these woods and waters of the Adirondack Park. 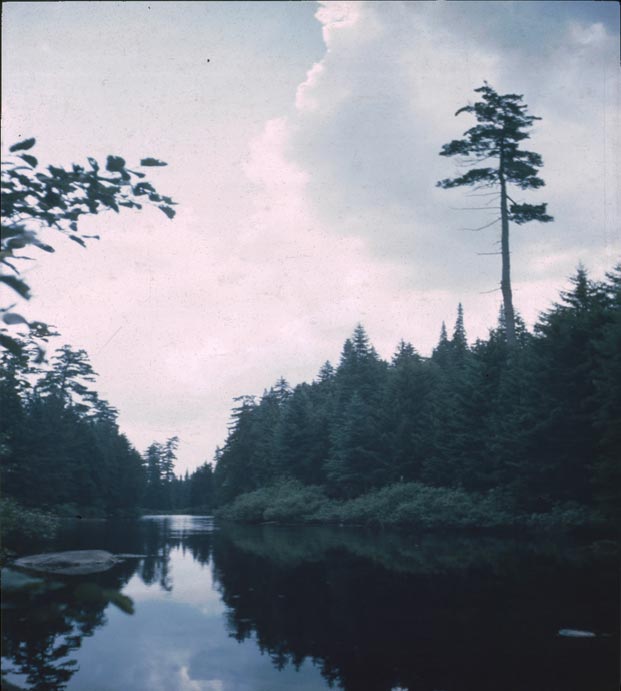 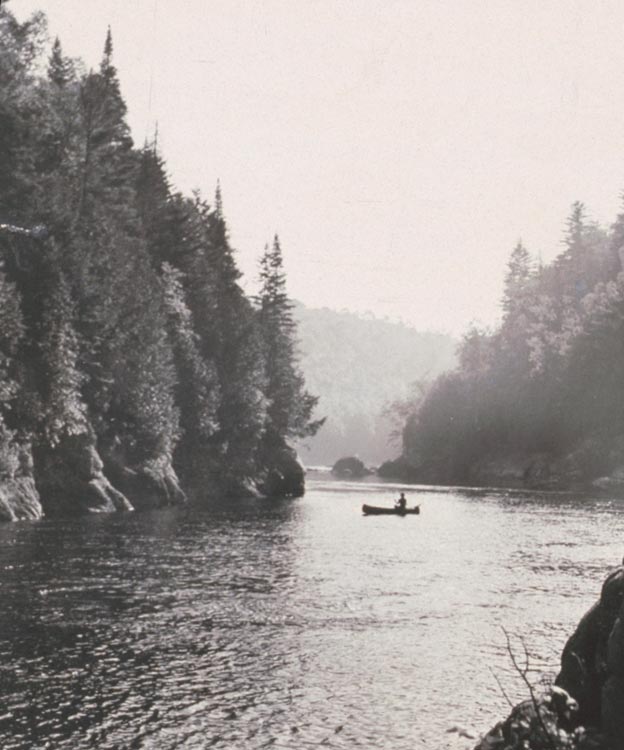 Blue Ledges, this great wild canyon of the upper Hudson River, now part of the Hudson Gorge Wilderness area, would also have been flooded by great dams sponsored by New York City and the U.S. Army Corps of Engineers in the 1960s were it not for the determined advocacy of Adirondackers and Paul Schaefer’s Hudson River Association to preserve the free-flowing upper Hudson. Photo by Paul Schaefer. 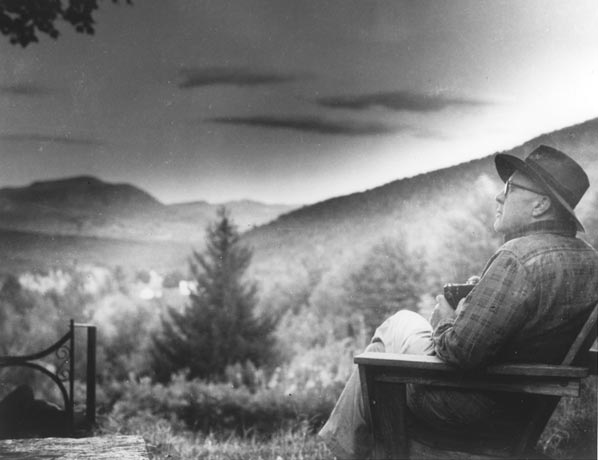 Howard Zahniser, executive secretary of the Wilderness Society, and Alice Zahniser brought their young family to the Adirondacks in 1946 thanks to their friendship and collaboration with Paul Schaefer. The family has never left.  Here in this place of solitude, peace and tranquility Zahnie began to draft the National Wilderness Preservation Act of 1964. Photo of Howard Zahniser by Alice Zahniser c. 1960.

Paul Schaefer, rt., with his mentor John Apperson in the Adirondacks. Together, Appy and Schaefer and many allies formed effective citizen coalitions to preserve the Forest Preserve during the 20th century from timbering, commercial exploitation, road building, damming of rivers. They also worked together to expand the Forest Preserve by half a million acres. Schaefer’s Friends of the Forest Preserve was founded to act as an umbrella for all of these efforts. Photo by Howard Zahniser c. 1947. 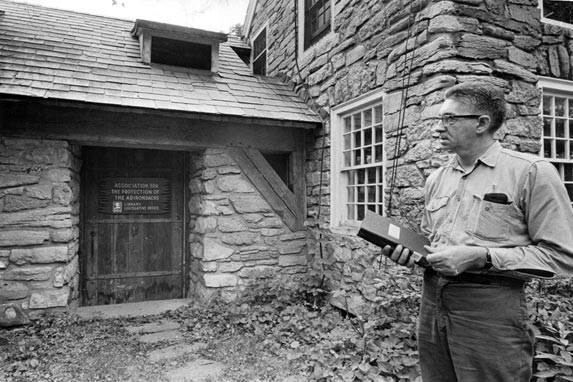 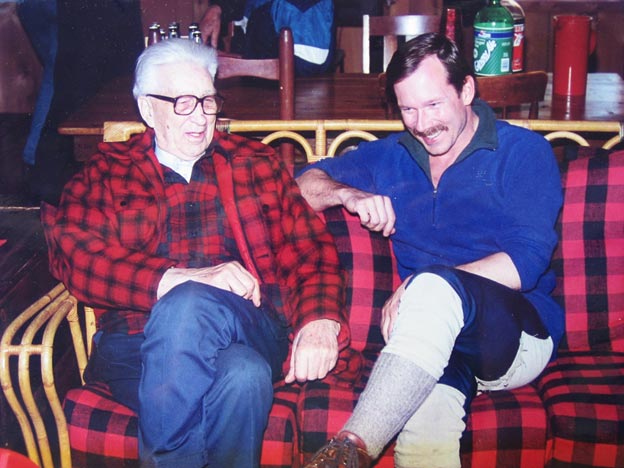 Paul Schaefer, left, as we knew him, a mentor and teacher imparting his Adirondack knowledge, enthusiasm and wisdom of the wilderness to the youth of today and of distant tomorrows. Here he shares stories of wilderness adventure with Dan Plumley, a resident of Keene, and himself a youthful and very accomplished wilderness advocate who transported the principles Article 14, forever wild,” to peoples in Buryatia, Russia who embraced them. Plumley earned the first Howard Zahniser Adirondack Award shortly after this photo was taken in 1995, and was a founding partner with Adirondack Wild. Dan earned the Paul Schaefer Wilderness Award in 2019. Photo by Ken Rimany.