Dave is the former Executive Director of both The Association for the Protection of the Adirondacks and Protect the Adirondacks, positions he has held from 1987-2010. He helped develop and open an Adirondack learning center and research library named the Center for the Forest Preserve. He has also worked for the NYS Office of Parks, and the Quebec-Labrador Foundation’s Atlantic Center for the Environment.  He has a Master’s in Environmental Studies from the Yale School of Forestry. Dave is a regular contributor to Adirondack Almanack. He lives with his family in Ballston Lake and maintains an Adirondack cabin.

Ken Rimany, Partner
Ken is a former Corporate Financial Analyst with the General Electric Company, and former Development, Outreach and Operations Director of The Association for the Protection of the Adirondacks and Protect the Adirondacks, a post he held since 1995. Ken also was the principal staff Project Leader overseeing the design and building of the Center for the Forest Preserve at the historic homestead site of Paul Schaefer in Niskayuna, NY. Ken has a B.S. degree in Business Administration from Boston University, completed an MBA Program at The American University, and graduated from GE’s Financial Management Program. Ken is an award-winning photographer who contributes many of his Adirondack and Catskill artworks to this website, publications, news articles, advertisements and to other printed and media materials. Ken’s two most favorite creatures are the Golden Retriever and the Beaver (who was adopted as the official state animal of New York in 1975) and lives seasonally with his family at Jenny Lake in the Adirondack Park.

Terry Jandreau, Board Chair & Member of the Program Committee
Terry is a retired investment manager and vice president with Wells Fargo Advisors and A.G. Edwards and Sons in Albany, New York. He is also a former director with the YMCA’s Camp Chingachgook on Lake George, and a former treasurer with the Association for the Protection of the Adirondacks. Terry lives with his family in Keeseville in the Adirondack Park.

Suzanne Roberson, Board Secretary & Member of the Program Committee
A fourth-generation Adirondacker, Suzanne lives in her father’s childhood home Saranac Lake. Suzanne is the longtime research assistant and archivist to Pulitzer Prize-winning author William Kennedy (New York State Writers Institute, University at Albany). Her professional career has been focused in advancement research (Emma Willard School, Rensselaer Polytechnic Institute (RPI), The College of Saint Rose) and she currently provides contractual research services to various clients. Suzanne serves on the board of Historic Saranac Lake, on the vestry of the Church of St. Luke the Beloved Physician, and on the advisory board of AARCH. Suzanne can be spotted rowing her single racing shell on Lake Flower most mornings when the ice is out.

Chad Dawson, Board Director & Member of the Program Committee
Chad P. Dawson is a Professor Emeritus of Recreation Resources Management and former Chair of the faculty of Forest and Natural Resources Management at the State University of New York College of Environmental Science and Forest in Syracuse, NY. He served as an appointed Board member for over four years with the New York State Adirondack Park Agency. Chad is the former Managing Editor of the International Journal of Wilderness, and he is co-author of Wilderness Management: Stewardship and Protection of Resources and Values.

Richard Hoffman, Board Director & Member of the Program Committee
Rick is a retired land use planner and attorney with the NYS Adirondack Park Agency and New York Department of State. He served as Counsel to the New York City Watershed Protection and Partnership Council and for ten years was the Secretary of State’s designee as an ex officio member of the Adirondack Park Agency. He lives with his family in Washington County.

Helen Chase, Board Director
Helen is a retired land use and water quality planner and consultant and a lifelong resident of the Catskill Park. She is a vice president of the board of the Catskill Center in Arkville, NY and citizen chair of the NYS Department of Environmental Conservation’s Forest Preserve Advisory Committee.

Thomas Cobb, Board Director
Tom is former Park Preserve Manager at Minnewaska State Park Preserve, former manager of the Saratoga Spa State Park and former staff with the Commission on the Adirondacks in the 21st Century.

Steve Rice, Board Director
Steve is professor of life sciences and faculty chair of the Department of Biology at Union College in Schenectady, New York. His research interests include the ecology and physiology of mosses, wetlands and conservation biology.

Margaret Schadler, Board Director
Margaret is Emeritus Professor of Biological Sciences at Union College, and activist for the Lake George region of the Adirondack Park.

Peter Brinkley
Peter is a retired corporate banker, former board chair of The Association for the Protection of the Adirondacks and former chair of Adirondack Wild from 2010 – 2015. He and his wife Barbara live in Jay in the Adirondack Park. 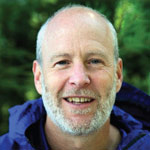 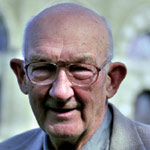 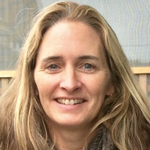 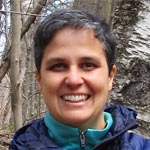 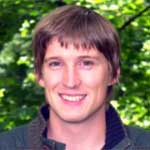 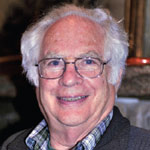 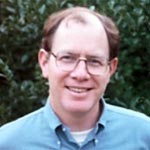 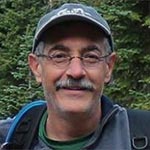